Six years before Morium Jahan was wedded to Naeem Hossain. Moriums family gave a dowry amount of 30 thousand takas in cash during their marriage. And after the wedding, an agreement was made to pay another 20,000 Taka. Meanwhile, the child Nurjahan was born in their house after the year of marriage. A few days later, autorickshaw driver husband Naeem started pressuring his wife for dowry demand. But since Marium could not get the money from his mother, there were frequent disputes between them. Morium took a jump under the train with her five-year-old child Nurjahan to get out of this trouble.

The mother and child died when they were hit by a train in the Dangapara area of Adamdighi Upazila of Bogra near Raninagar railway station in Naogaon. She jumped because she couldn’t pay the rest of 20 thousand takas to her husband.

The incident occurred around noon on Thursday when the Kurigram Express train headed north of the railway station.

The deceased were identified as Marium Jahan, 24. Her husband Naeem Hossain Prannathpur village under Santahar union of Adamdighi Upazila and her child Nurjahan. Santahar GRP police recovered the body from the spot and sent it to Naogaon Sadar Hospital morgue. Police also said that preparations are underway to file a case at the police station.

Raninagar station master Ataul Haque Khan said a mother and daughter were killed when a Dhaka-bound Kurigram Express train derailed at around noon on Thursday.

Morium Jahan’s brother Afzal Hossain said Dowry’s dispute drove her suicide. On the other hand, Naeem Hasan denied the allegation and said that there was an argument between the husband and wife in the morning over family matters. Then at around 11 o’clock, Marium left the house. Later, Naeem got the news of the death of his mother and daughter.

In this regard, Officer-in-Charge (OC) of Santahar Railway Police Station Sakiul Azam said, “After receiving the information, I recovered the bodies of the slain mother and daughter from the spot and sent them to Naogaon Sadar Hospital Morgue. He also said that preparations are underway to file a case in this regard. 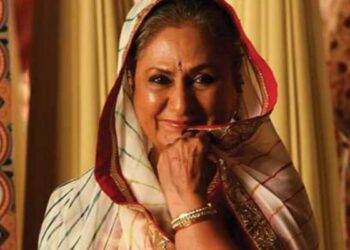