Cleo from 5 to 7, Is everyone looking at her predicament with nosy eyes? “Cleo From 5 to 7” is a compelling story of a Parisian young woman and her plight and fear against unknown and uncertainties and search for true identity, which unfolds gradually as the celluloid reel spins.

The director of this film is none other than AGNES VARDA, arguably the first feminist film director and mother of the French New Wave Cinema Movement.

The protagonist, Cleo has a premonition that something unholy and unpleasant is about to happen to her in ‘real-time and space’ during a day between 5 and 7 in the evening, as the title of the movie suggests. Tension looms over and Cleo is gravely unsettled. She has a doctor’s appointment during this time leg of 2 hours from 5 to 7 and anxiously waits to learn about her fate, the outcome of her pathological test, which she fears to be a grave and fatal one. This ominous feeling takes Cleo to a Tarot reader and palmist. The Tarot reader’s body Language, conversation, coincidental audio-visual imagery, and ill omen create an uneasy calm and heavy air. She comes out of the room with a psychological agony. She thinks everyone is looking at her predicament with curious eyes. She feels pessimistic and alienated. Her Adrenaline flow runs quick and her heart pounds louder while the real-time clock is ticking. The audience now follows her in ‘real-time and space’. Is she doomed? What happens next? Unlike the pessimism and disillusionment of many of Varda’s contemporaries, Varda views alienation as a quest for identity, one that offers hope and freedom, no matter what the uncertainties are. Varda wants her audience to understand Cléo’s crisis, to connect with her plight as she questions her mortality, futility, and self-image.

Besides its visual and artistic excellence, as well as thematic treatment, Cleo from 5 to 7 stands supreme in so many other facets of cinema making. One of its subtle and striking qualities is its ability to have the audience observe the sights and sounds of other character’s psyche and disputes, for instance, two lovers being on the verge of breaking up and a woman complaining about the noise on the radio, though it was ironically one of Cleo’s own song that is playing at the time, while Cleo goes to a bar. All is happening in the presence of the protagonist herself. We usually don’t see this in a cinema. Within the scope of ‘real-time and space,’ we witness Cleo going through a sort of transformation and self-discovery throughout these two hours in her life. The thematic idea is predominantly feminism and existentialism. The questions that arise in such emotional or existential crises are not answered in the end though as a norm leaving the audience at bay! But here Cleo’s coming to terms with Antoine turns the leaf. Though they both were facing death in a parallel manner- one in a war and the other in an illness their brief encounter finds a niche to live and love. Their rhythmic and confident footsteps, in the end, gave a glimmer that glows on their eyes. Varda though predominantly a feminist in cinema she portrayed insights of both sexes with fairness. Male and female just come about their feelings much differently. Now we hear Antoine calling Cleo “ Florence” – her real name giving her dignity and Cleo finds a true identity and sense of love and living. Now her prejudice and fear is all gone and they hold hands and march on looking at the eyes of the audience!

The movie ends but she starts a life, has found hope, a true identity, a new life into serenity, a newfound love, and a future that now seems possible beyond the prison of clock-driven daily life.

We, the audience go home with hope. 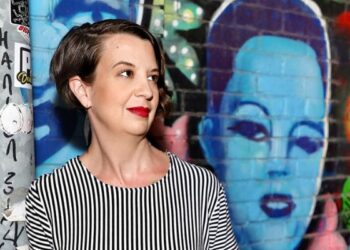